Lake Ontario's vanishing wild shore why should we care? The Beaches 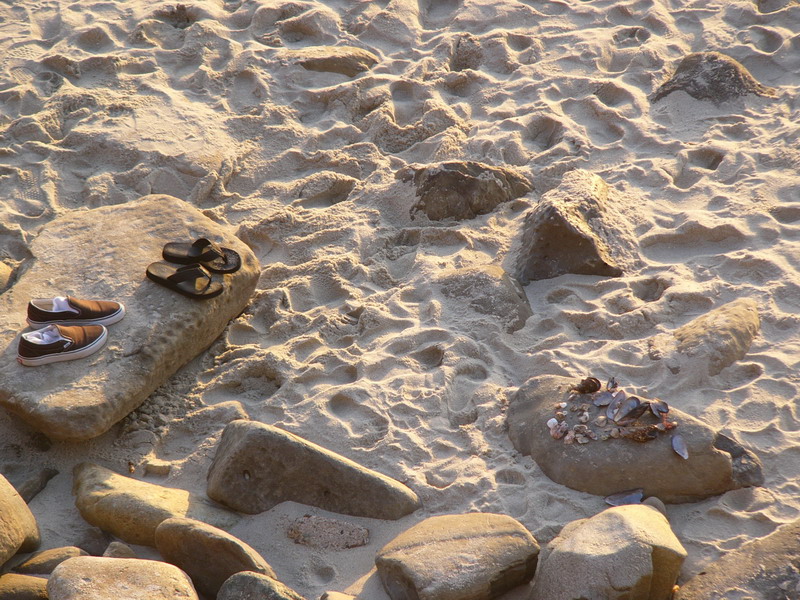 This is the first of three parts dealing with our disappearing wild coast. Part two will look at the impacts of lake shore land use changes including forest fragmentation and destruction and part three will consider social and political responses to this emerging issue.

The undisturbed undeveloped coast, like the whooping crane and the grizzly bear is in trouble. Intense development pressures on much of the American coast that is still in private hands, are quickly transforming once wild and lightly touched shores into something very different. A land of condos, townhouses, small picturesque cottages, and large lavish resort homes now cover the coast. You see them nestled among the spruces of Maine's rocky shore. You see them in a solid row of multistory apartments and hotels along New Jersey's sandy beaches and you see man made habitation all over both coasts of South Florida. When flying over the southern California coast, the only large remaining break in sprawl between Lost Angeles and San Diego is a military base.

And now along Lake Ontario's south coast the last remnants of undisturbed forested shore are vanishing.

So what. Aren't houses good for our property tax base? Isn't this development key to jobs and spending and prosperity in a depressed area? Well, maybe. In the short run. But in the long run the outlook for home owner and tax payer alike is considerably less rosy. Not to mention the potential impacts on a great many non human life forms ranging from cerulean warblers to salamanders.

A few years ago the International Joint Commission, a US-Canadian group charged with oversight of the Great Lakes environment* identified low density development of the Great Lakes watershed as one of the five most important basin-wide environmental stressors. As one of the researchers in the group charged with developing a Lake wide Management Plan for Lake Ontario put it “Currently, it is the collective opinion of the LaMP that: water level regulation; zebra and quagga mussels; and urbanization are the most important issues impacting the physical integrity of the Lake.”

Low density development and its impacts on the Great Lakes' watershed and near shore water quality is an emerging issue, as yet little studied. A report from a SOLEC group posted on line in 2005 states “The pressure urban sprawl exerts on the ecosystem has not yet been fully understood. It may be years before all of the implications have been realized.” But already we are seeing some of those implications of waterfront development even without scientific studies.

The most obvious stem from the fact that beaches must move. It's part of Nature's grand scheme of re-cycling, and trying to make a restless piece of shoreline fit into the tidy lines drawn on a tax map or a property survey, is a costly business.

The problem on Lake Ontario's south shore is that land, something we equate with permanency, isn't. On a geological time scale, this coast is an ephemeral one. That's because on the lake's south shore much of the gravel and sand beach consists of glacial “till”, an unsorted mix of clay, sand, and stone, readily eroded from the shore and then transported elsewhere by waves. The rate of erosion and the amount and direction of transport varies with location. Near Port Bay for example, erosion rates run on average two to three feet a year considerably more than in the Rochester area “bight”. Further to the east, where prevailing westerly winds pile up even bigger waves, the erosion rates are greater. Material is carried along the shore and deposited as a beach by the long shore currents that occur when waves hit the land at an angle. The process is similar to what happens along a saltwater coast except on a smaller scale and without the complication of tide level changes, rising sea level due to global warming, and tidal currents.

As on the salt water coasts, the consequences of what they call “bluff failure” in southern California are not something Lake Ontario waterfront home owners are comfortable with. So all along the developed lake shore home owners soon get busy piling rocks, gabions, or building sea walls to protect their land and keep it from washing away.

But as on the coast, once the shore is hardened, the supply of new material needed to feed the restless moving beaches is reduced. Inevitably neighboring properties begin eroding even more rapidly as their own beaches disappear, and a vicious cycle of hardening and beach destruction follows.

On the saltwater coasts an aggressive program of beach “nourishment” has been undertaken at a number of areas for several decades. U.S. Tax payers foot the bill for contractors to dredge up sand from offshore and dump it back on the beach at a cost ( almost certainly a low ball estimate) of 3 billion so far according to the Army Corps. This is a very expensive and very temporary fix. In Florida according to an article in USA Today published in 2005 over 130 million dollars were spent to”restore” the lost beach after the 2004 hurricane season. Along other stretches of shore programs like the restoration of the Rehobeth beach in Delaware at a rate of 10 million dollars for 2.5 miles with expected ongoing “maintenance” of 4 million dollars every three years are typical.

Such pump and dump programs might be a reasonable use of public funds if they are done on a small scale to restore public beaches such as that at the popular Fair Haven State Park, with an attendance of over 260,000 visitors each year .(The park's beach receives sand whenever the adjacent Fair Haven navigation channel is dredged). But when it comes to protecting the waterfront homes of wealthy people on private property with general fund federal tax dollars it's another affair altogether. Still on a number of occasions our tax dollars have been used to do exactly that both on salt water and on the lake as well.

Around the country the first hints of change are in the wind. In 1998 the Maryland Law Review ran a long article that attempted to address the problems of private land ownership of an inherently unstable and restless piece of land without violating traditional property rights through a “taking”. The author, James G. Titus, advocated wider use of something called “rolling easements” a form of ownership that came with some limitations. This he wrote was perhaps the most acceptable way to protect natural shorelines and beaches that would otherwise be entombed forever behind walls or under piles of armoring rock.

Other states and municipalities are also exploring the thorny problem of dealing with land that won't stay put through easements, set backs or outright purchase of open land. Still, there is so much money involved in the development of raw waterfront land, that a huge short term momentum remains for it to occur. And in my view as sea level rises become a reality in peoples' minds pressure on lake front land will only increase.

The next installment of this series- why lake shore forests matter to birds and your bank account.