Up along the Lake shore spring has now entered high gear as we rush headlong into the longest days of the year. Summer is just around the corner. There's no time to lose. At least that's what the carp figure. They were all crowded around the little creek near my house hoping for a miracle again this year to open the barrier bar to let them in. And some one ( honest, it wasn't me!) worked it for them.

When I arrived to check upon them I saw several make their way up the shallow narrow channel that had obviously been created by human intervention. It was a struggle though. They barely had enough water to wet their tummies. About 1 try in 20 was successful. Many times a fish would get about half way up the entrance and go aground and sit there for a few seconds, mouth open in an "OH" and eyes staring with a vaguely surprised look. Then they'd thrash themselves around and drop back into the lake. You could almost hear the fishy cuss words of frustration. 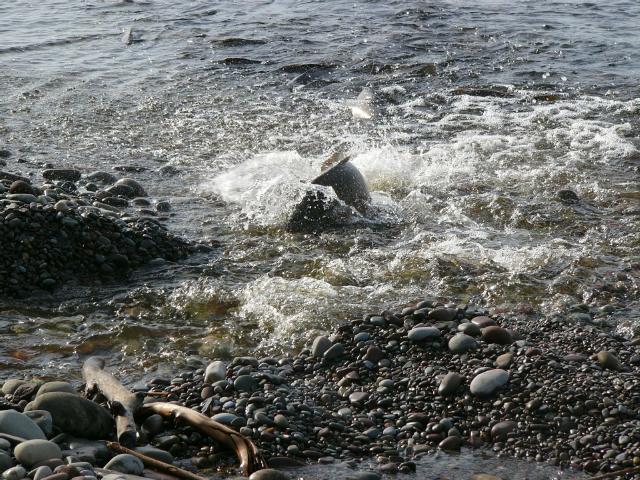 Here's a big bruiser charging up the channel.  He ?she? made it. See photo below- 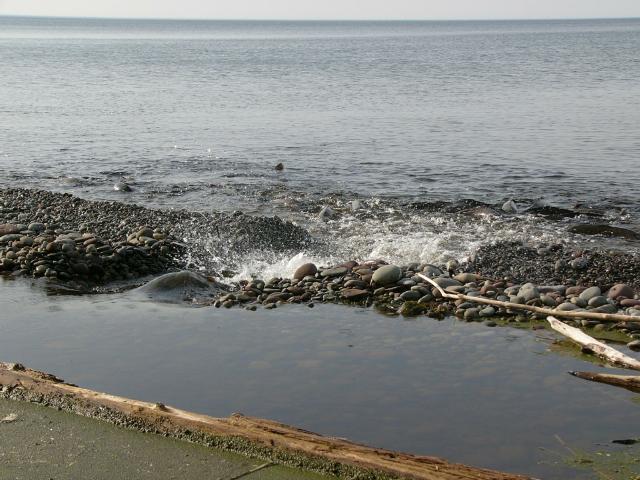 Made it to Home Plate!

But the strongest and fittest ( or the luckiest) found  a deep enough spot to flail themselves into the warm weedy vegetated creek where they could then get serious about the business of procreation.

Meanwhile a bit further inland along the edges of the creek's marsh fringe, the green frogs were hollering for mates. These are the frogs that sound like a loosely plucked guitar string. They get nearly as big as bull frogs and are very entertaining to listen to with their multiple pitches. Their scientific name Rana clamitans, sums it up- they really do make a racket when in full chorus. The male green frog is territorial and if someone else comes into his corner of the marsh he may assault the intruder. I've never seen them wrestle with one another but the frog in the photo shows a distended throat as he goes PLUNK.The frogs seem to be pretty stationary once they do manage to get a territory. For several weeks I've seen three of them all in about the same spots in a little pond next door to my house. 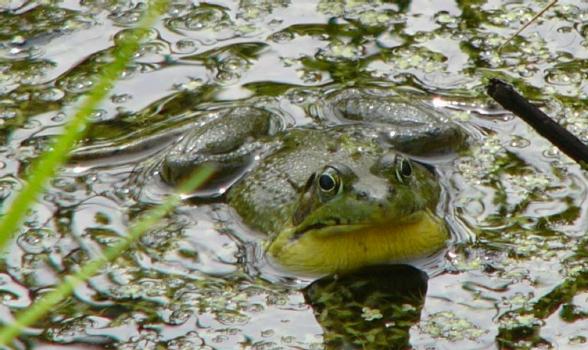 They'll be serenading the ladies for much of the summer in back waters and quiet corners of Lake Ontario bays and tributaries. Their call says to me the lazy days of summer are almost here- time to go sailing!